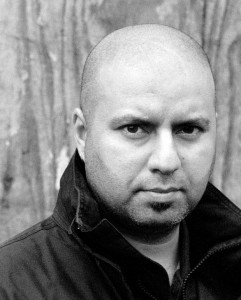 What do you want to know? The dodgy looking geezer in the photo is me. I grew up in West London. After leaving college I had a variety of jobs, including; warehouse assistant, comic book lettering artist, a driver for emergency doctors and chalet rep in the French Alps. I eventually landed a job as a creative artworker/graphic designer and spent the next decade and a half producing artwork, mainly for the home entertainment industry. I have an MA in Creative Writing from Birkbeck, University of London and am a winner of the Crime Writers’ Association Debut Dagger Award. For everything else, I’ve got an alibi. It wasn’t me. I was never there.