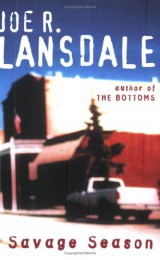 Here’s a link to a radio interview with the writer Joe R. Lansdale, who’s another writer I’m a big fan of, especially his Hap and Leonard series. He’s published more than 40 novels and 30 short stories and in the interview he talks about his new Hap and Leonard thriller as well as his early life and how he became a writer.